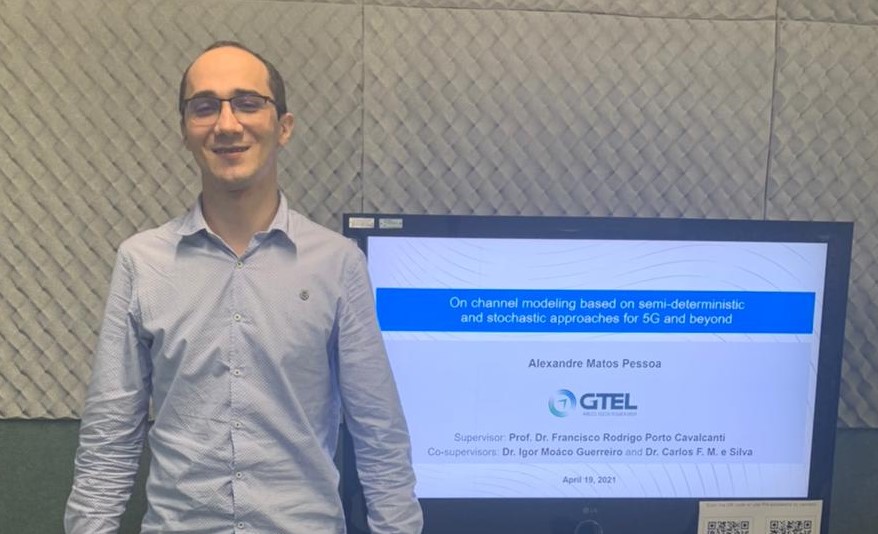 The research developed in the thesis of the now Dr. Alexandre Pessoa had public and private funding, including the National Research Network (RNP) and Ericsson Telecommunications.

The bank that analyzed and unanimously approved the work was composed by the eminent researcher Dr. Andreas Molisch (University of Southern California), Dr. André Mendes Cavalcante (Ericsson), and the professors of the UFC and GTEL Tarcísio Maciel and André de Almeida.

Alexandre is already hired as a researcher by a large multinational telecommunications company and will work in Sweden soon. GTEL congratulates Alexandre and his advisors for their success.