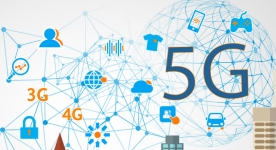 A study by researchers from the postgraduate program in Teleinformatics Engineering from Universidade Federal do Ceará won the award for best article of the year by EIT Communications, a reference periodical in the telecommunications area. The work titled “Massive MIMO: Survey and future research topics” also had the greatest number of downloads in the last edition of the journal, which broadens the citation potential of this UFC study in other researches. The authors are the professors of the UFC André Lima ferrrer de Almeida, Tarcísio Maciel and João Cesar Mota, members of the research group on Wireless Telecommunications (GTEL), together with the former student Daniel Araújo and in partnership with Prof. Minho Jo, University of Korea. The article presents a survey (tutorial) on wireless transmission technologies of multiple inputs and multiple outputs, in which a large number of antennas (from tens to hundreds) are employed in a transmitter/receiver. The technology is also known as “massive MIMO system” and promises gains in spectral capacity and efficiency compared to technologies used in today’s mobile cellular networks. According to Prof. André Férrer, “massive MIMO systems will be part of the future of wireless telecommunications, including the fifth generation of mobile cellular networks (5G)”. Still according to the researcher, the article presents an overview of the subject, discussing the challenges involved and pointing out themes for future research. Image: The article was elaborated by GTEL researchers EIT Communications is promoted by the Institute of Engineering and Technology, one of the largest engineering institutions in the world, with more than 168,000 members in 150 countries. It covers research that allows for better understanding and performance of communication technologies and systems. The Journal encourages the publication of studies on innovative solutions to dominant problems in telecommunications, such as noise and interference, and on reducing the waste of scarce resources, such as the frequency spectrum, energy and bandwidth.